​Ever wonder what happened to the chubby, nice guy down the street in your neighbourhood growing up?

Well look no further! He never moved away.

Jeff Estrela brings a unique perspective on growing up first generation Canadian and failing to launch, while he discusses comical situations and life experiences that come with a guy in his early 40s living at home with his Portuguese parents, or as he likes to call them, "roommates".  Jeff Estrela has been on the comedy scene for handful of years now, and is known as the nicest guy in comedy. His brand of humor is playful , lovable and cheeky all at once.  He lays it out there for all to see.​

Jeff has appeared at Yuk Yuks, Absolute Comedy, Comedy at Club 54, The Burbank Comedy Festival, events for the City of Mississauga, and the Mississauga Arts Council, as well as a number of private function and festivals. 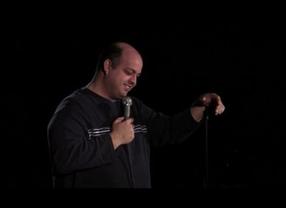 About Me! (In the third person)​